The Underwear Wolf (lupus sub habitu Lupīnus) is a monster that is a peculiar breed of mischievous wolf. It is almost as strong as the Alpha wolf of a wolf pack. It has bad habits of stealing various types of undergarments from the heroines and heroes of Godville and occasionally gives them to lower ranked heroines and heroes of The Adventurers to persuade them to stay a part of the guild.

The first Underwear Wolves were outcasts from packs of other wolves for their (slightly infuriating) bad habit. When they blend their strength with their abilities such as stealth they could be a threat to the Alpha wolf's dominance over the pack. But the wolf pack don’t know that the Underwear Wolves like to live carefree and laughing, so it hates Alpha wolf responsibilities. But sadly Alpha wolves banished them from the pack.

Not particularly understood by most heroes, heroines and other wolves, all they long for is a bit of fun. They have serious stealth that means they can steal undies from even the highest level heroes and heroines, even when they are wearing them. But the Underwear Wolf will most likely to ask politely since it's has a good heart and sadly that is becoming the reason for their demise. 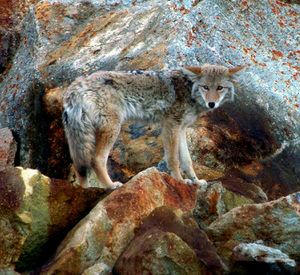