The Rumor Mill is supposed to be a tavern patronized by spy guilds. Its existence is not confirmed, but there are rumors that it's located near Nothingham.

The first mention of The Rumor Mill seems to be associated the Great Godville Party[1] in Beerburgh, after which some heroes were kicked out of an after-party, and some suggested going to a hidden tavern for a few more drinks. As there were no certain directions to reach the The Rumor Mill, the heroes ended in The Sword & Sandal, but still the rumor of the Mill’s existence spread fast among the heroes and heroines of Godville.

It is said that any hero can eat and drink in exchange for a rumor, as long it is a new and juicy one. The more valuable the rumor, the better the meal. Some even affirm that one hero was served a full roasted Tea Rex with smashed potatos and chocolate ice cream as dessert.[2] The rumor offered is still uncertain, but is seems related to the existence of the legendary Philosopher's stone.

On the other hand, some old heroes recall a story of an unlucky fellow who arrived a few minutes after the same rumor he intended to spread had been told. It seems that his goddess had a plan for punishing him, and therefore sent him on a false epic quest. As soon as the newcomer reported the already-known rumor, every guest in The Rumor Mill proceeded to throw anything that they had at hand. Since it was mainly drinks, the hero ended up wasted at the tavern door.

As a rule of thumb, certain rumors are classified so the expected menu is well known.

Values and rates for other rumors are set at the bartender’s discretion. 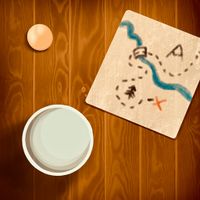 By dint of receiving so many rumors, The Rumor Mill is the undisputed best place to get valuable points of interest. The bartender is a fair hand at drawing treasure maps on soaked scraps, too.