To join us, your hero must be at least level 12. You should type - join the "Spidermonkey Army" please - in you Hero's god voice box. 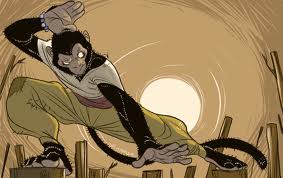