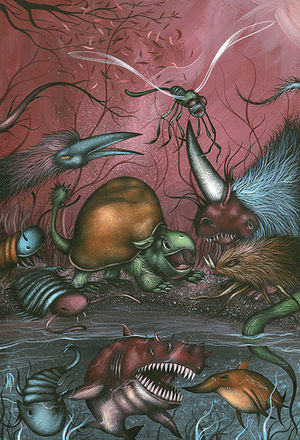 Monsters are the creatures heroines will fight during their journeys. Monsters are classed in the following categories (follow the links to discover more about them):

Both Normal Monsters and Strong Monsters are apt to be Special: