Soldiers of Light and Darkness 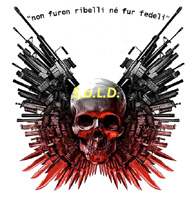 The Soldiers of Light and Darkness organization is for the heroes who are commited to be neutral.

The guild was created by Requiem"", the founder of the Rise of Evil guild, which he designed to be a dominant evil force. Indeed ROE has quickly become a prominent evil guild. There were rumors of help from some Harvest Moon masters. The power of the ROE was growing really fast, ambitions and arguments started to tear the old guild apart.

Probably at some point Requiem had realized some inherent flaw in the pure evil alignment and attempted to fix the problem.