From GodWiki
(Redirected from Shrine)
Jump to: navigation, search 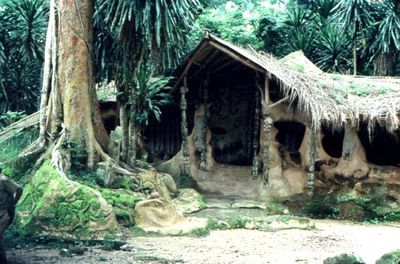 Shrines are small temple-like structures which serve much the same purpose as their larger counterparts. These buildings are located randomly across the land of Godville and heroes sometimes come across them in their quests. Unlike temples which are hero-specific, anyone may worship at a shrine; gods don't seem to mind either way. Nobody maintains these small places of worship due to their out of reach locations so they often are old and dusty with the odd sprout of poison ivy spreading across the walls. Since heroes are able to pray and sacrifice to their gods anywhere, why do they choose to do so at one of these decrepit ruins when they get the chance? The answer is simple: there are benefits to be had.