After searching for a while, we finally found our own theme song thanks to

The origins of the Shadowwater Mercenaries are in the old world of Drakon. They were widely known for their great spirit in battle and superior fighting style. But this was only one side of them. They also had at their disposal renowned assassins and assault specialists, but yet, most of all, they were known for their scientists. During the great Draconic Wars, they were hired by a myriad of kings, generals, merchants and factory owners in order to guard their property or to fight on their side. The darker side of these arrangements was the eventuality that they would have to fight against other members of their guild. This soon led to differences, tensions, and finally, a schism. They split up into 3 groups: the Blackwater Mercenaires, the Lightbringer Mercenaries and the former Shadowwater Mercenaries. Annoyed and angry, the master of the Shadowwater Mercenaries decided to search for new places where they could find employment. But instead of looking on their own planet, they decided to investigate the old abandoned portals located in the underground regions of their world. Eventually, they found a strange, portal and decided to set up camp nearby, so they could investigate it further. But in the dark hours of the night, the portal activated itself and pulled the whole camp through into the world of Godville.

First Days in Godville, atop the Jagged Peaks

When they first realised that they were in another world, without the possibility of ever returning, terrified and indecisive, they remained atop the mountains in the hope that others would follow. After a week had passed they were beginning to run out of supplies. Suddenly, the god

Domerthos   appeared before them. He explained who he was and where they were, this was the first time he saved them. He decided to take them under his wing and guide them through this strange new world. During this time, he helped them, fought alongside them and saved them on many an occasion. They began to trust and rely on him and soon, the Shadowwater Mercenaries voted him as their new leader and gave him the title Umbra Migrandum, or Shadowwalker. When he heard the title they had given him, he broke out into laughter and explained to them how fitting this name was.

Domerthos   decided to present his new followers with a special gift, the possibility to become a sun-resistant vampire. This gift would only be bestowed upon the most skilled and loyal of his men. It was given during a long and exhausting ritual, called Immortalum. Once the ritual was complete, the newborn vampires were surprised by all the new possibilities opened to them from that day on.

All equipment of the Shadowwater Mercenaries is forged by the vampire smiths of the Shadow Realms. Only they have the ability to fuse obsidian and shadowsteel in such perfection that even the heaviest armor feels as light as a feather, yet strong enough to resist even the strongest firearms and sharpest swords. Together with the scientists, they have invented various other equipment like shadow grenades and different vehicles like the feared shadowwolf tank. Right now, they work on a new weapon which will change the way of warfare completely... 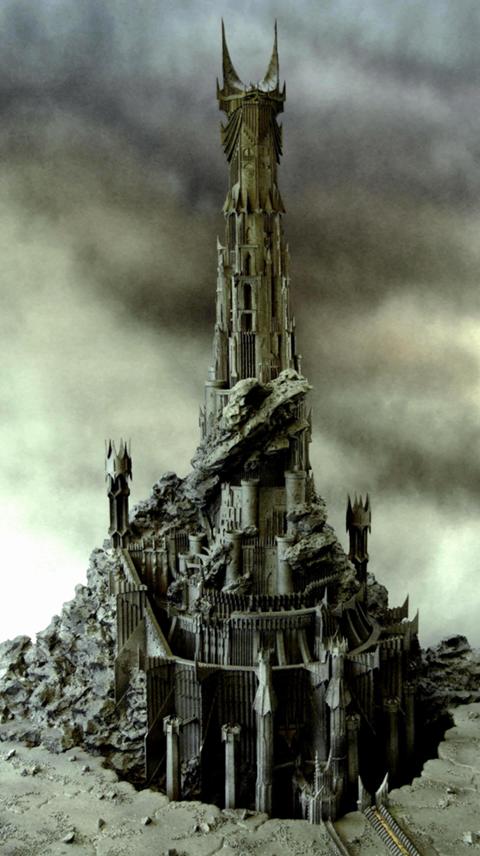 We have a big training facility, open for everyone. In there, new members and guests are trained to become mercenaries, assassins and scientists. In the case that new members are capable of magic, we have another area in which renown magicians of all kinds teach each and every form of magic. May it be simple elemental magic, alteration, illusion magic, or even difficult schools like conjuration and necromancy. Yes, we teach necromancy too.

The taught classes of magic

We accept everyone, no matter if he, she, or it is a god, evil overlord, evil god, demon, angel, human, orc, troll, elf, drow, dwarf, android, shapeshifter, vampire, or even dragon; we welcome all and will provide them with fitting rooms. The training facility also has *provisions* for those who need special treatment.

Our main goal is simple. We will accept all missions, no matter how silly it sounds or how difficult it seems; our well trained members will complete them successfully and without unnecessary delay. We will accept any kind of payment, but prefer either gold or favours. So, if you need a mercenary? Contact the Leader, and he/she will provide you with the perfect man/women for the mission. 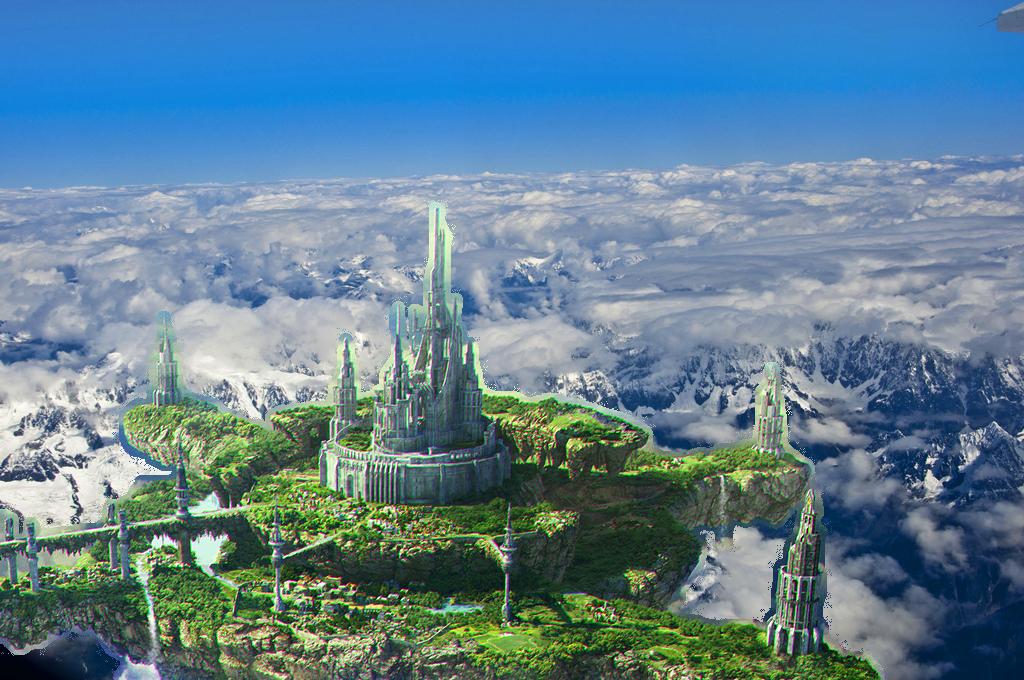 Clara Umbra was the former Headquarters of the Shadowwater Mercenaries. After several attacks on this floating island,

Domerthos   decided to abandon it and let a new headquarters be built. During the time, the new headquarter was under construction, the Equilibrium was the mobile headquarter of the Shadowwater Mercenaries... 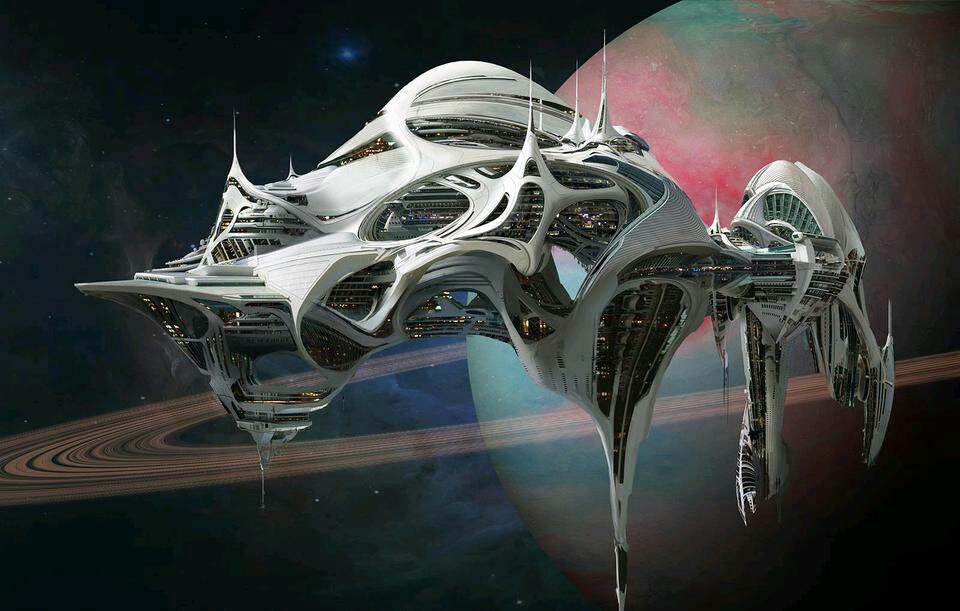 Quinto-Center's creation started the day our old Headquarter was abandoned. With the eager hands of our best constructors, architects and designers, it had been built in the Shadow Realms with the help of vampiric workers and other creatures. It is located in the orbit of Godville, but is capable of teleporting right to the world of the 100 suns, due to the nice gift of the pirate god

Never More   and the recalibration of our beloved Technomancer Jasmin. Long live the Shadowwater Mercenaries!!!

The Equilibrium - our Flagship 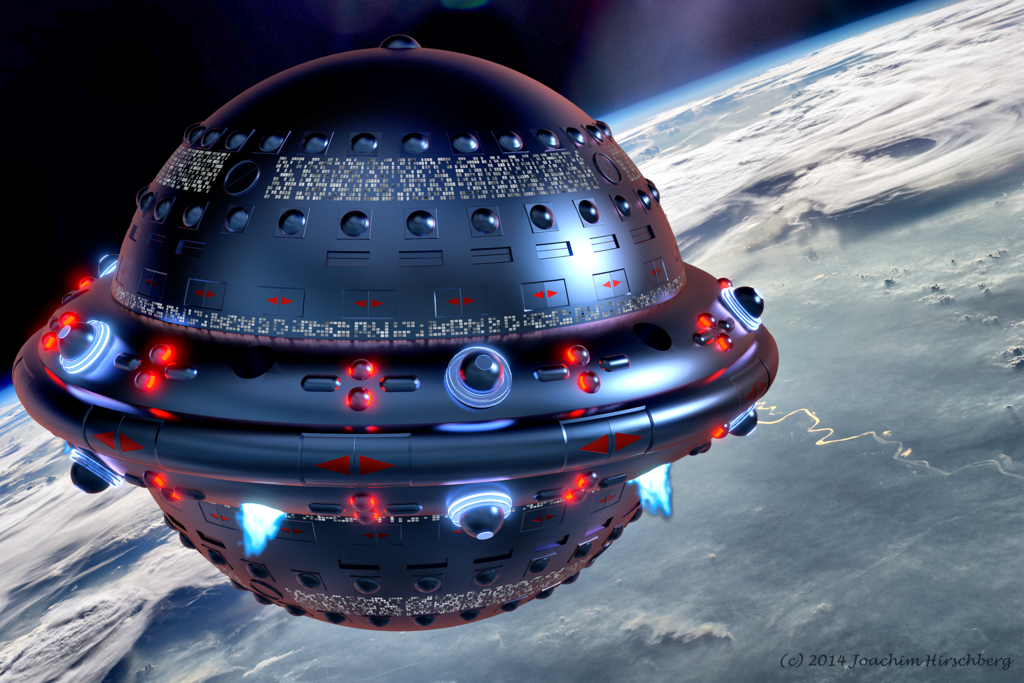 No. It's no space station.

The Equilibrium, built in the depths of the ancient floating continent of Clara Umbra, is the Flagship of the Shadowwater Mercenaries and acts as a secondary command base. After a long time of development in the shadow realms, the scientists of SWM have engineered this masterpiece of technology.

The Equilibrium is a spherical ship with a diameter of 2500 meters and a ring around the equator. Crew: 6000 (with boats)

The ship needs to travel with at least 0.35 c to use the FTL drives safely, however the velocity is not lost during FTL travel which allows tactical use of all three drives. Ships seldomly stay more than a few seconds at once in normal space during battles.

1 Ultra-heavy Interval-cannon combined with a shield weakening Paratron-tube field. Interval-cannons are rather difficult to explain. They project "forcefields"(at FTL speeds) which shatter targets by mechanical force. A primitive version of this weapon mounted on a 100 meter ships can shatter a Luna sized object in such a way that the debris reaches the edge of the local star system in hours. This version is about as big as a 100 meter ship. The range is 18 million kilometers.

2 Paratron-rift generators. They create rifts which throw objects into hyperspace, a single rift can reach a diameter of multiple 10000 kilometers(Planets can be destroyed with one shot by such generators). The weapon range is 15 million kilometers and it works FTL. There are not many numbers for this weapon system, only that a weak version which creates a 20 kilometer rift can shunt 1.22 x 10^25 Joules into hyperspace.

30 transform-cannons(16,3 million km point-blank range), 6 TT per cannon in fusionbomb mode, the preferred ammunition are however 10 TT gravitraf warheads. Rate of fire is 10 shots per second for such a cannon. Transform-cannons teleport warheads inside their targets(unless shields which block such attacks are in the way), they ignore matter(you can fire trough planets with them) and the warheads can emerge inside solid objects. They can also teleport exotic warheads like arkonbomb chain-reaction planetkillers and gravity bombs which throw targets into hyperspace, even whole planets(multiple warheads) and star-systems(you need a few 10k for that however).

90 "MVH"("M"ulti-"V"ariable-"H"yperweaponsystem)-cannons. This weapon system has different settings kinda like phasers. The KNK-mode: A thermobeam(infrared laser) or a interval-beam is fired through a FTL-tube with shield-weakening/penetrating properties. This mode has range of 15 million kilometers. Paralysis-beam: A non-lethal weapon system with a short range(500 km). Desintegrator: A lightspeed weapon system which disintegrates matter. Such weapons can punch 100 km+ deep holes into planetary surfaces for example.

Shields: Paratronshield(10 layers), High-energy-overload-shield(10 layers), Normal shields(number of layers unknown), Virtual-imager(A device which displaces 90% of the emissions of the ship to multiple points in space), Stealth-fields. Shields are bubbles which are much bigger than the ship they protect, the inner layer of the Paratronshields of a 1800 meter ships has a diameter of 10 km for example. Numbers for shields are not very common, the lowest official number is 9,1^29 W/m².

Leader for the duration

Editors Note: Edited every now and then by yours truly,