Today is a very special day to us because it's The Reaping Day!

Every citizen of Godville is invited to sign-up to the nearest hall to participate. Here's how to join:

- Command your hero to join "Panem et Circenses" guild (This works best if the hero is out of town).

Panem et Circenses, literally translates into 'bread and circuses'. The phrase itself is used to describe entertainment used to distract public attention from more important matters. We're giving foods and entertainment for everyone 24/7. We will ensure that everyone is in good terms and comfortable with their life living with us.

An unspecified time before the current date, the face of the Earth changed and modern civilization was seemingly destroyed. It is unknown precisely what caused the "end of the world," but major landmasses changed shape as the sea level rose to unknown heights around the planet. Some time after the end of the world as we knew it, a nation was established in an unknown land that would soon come to be known as Godville. It is unknown precisely when Godville was established and how long it has existed. 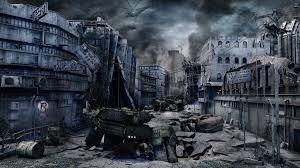 Godville eventually grew large enough that it was segmented into separate towns, each responsible for producing goods of a particular industry to serve the growing needs of the nation, and all operating under the auspices of Godville's oppressive secret government Capitol. Many of us didn't know this but now, we're giving this information for everyone to know that there's a secret agency underground that's watching every move we make.

Much of Godville's history is shrouded in mystery because of what happened in the past. So it's up to us to create a history that everyone will be proud of.

Hunger Games : A morbid and brutal competition which Gods could join. Age, skin tone, and gender is not a deal in order to join. They'll fight to death until one victor remains. Be careful though, the Gamemaker/s could give "surprises" that may or may not in the odds of the Gods. Lightnings, mutts, and more! There's also a *feast* that features something desirable to the participants, like food, armor, medicine, etc. so they will be more likely to go. Some still choose not to because these feasts usually result in a bloodbath. Attendance is not mandatory. There will be sponsors to make the Games more exciting. See you there!

Have a nice day! May the odds be ever in your favor.