Niyan Muezzin is the host of Daily life of a Hero of Godville Times TV. Initially a one-time special, however, due to popular demand, the show continues to air up to this day.

She is also a co-founder of Wishing Well, Inc. operating at Bosswell.

A genius yet stupid child at birth. No one expected the sudden rise of this young vampire princess of Valhalhea. Peerless at all fields of knowledge, even to the point of being entitled as all-knowing, the kingdom appointed her as the Head Priestess of their main religion. The only odd thing about her is that she thinks stupidity is cool and that she incorporates it into her daily life. 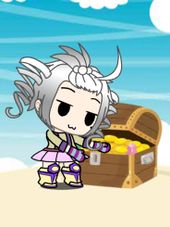 Despite this shortcoming, the god Creoles Cake, main god of the kingdom, decided to send her to the World of Godville as his representative hero.

However, due to some mistake in the process, Niyan Muezzin somehow ended up with the unwilling god

Cusack  , which resulted to them embarking on a strange journey with two differing goals: to annoy this god to death and to get rid of this annoying follower. 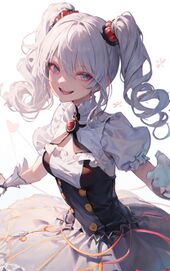 Niyan wearing the traditional clothes of a Head Priestess 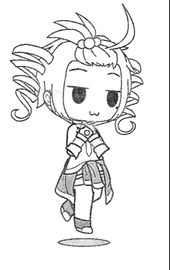