The lab is where the heroine stores boss-monster parts, designs a new boss-monster, and awakens the assembled boss-monster when it’s ready. It appears after a champion manages to gather one thousand pairs and earns the Creature Master 馴 achievement. 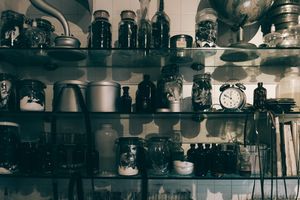 There’s also a boss-monster part called a Shred (e.g., Shred of the Tombcat) that doesn’t qualify as an eligible part for the lab and thus can only be sold. Shreds are only obtained from explosive boss-monsters that have been detonated, although defeating them fast enough to prevent the detonation can prevent the boss’s parts from being shredded.

These levels determine the amount of power the lab boss will get: see the Estimated Power section below for details.

The lab can only store one of each part. A heroine with monster parts in their inventory will automatically send them to the lab upon their next arrival at a town, but only if the lab has an empty slot for that part. More than one part can be sent per arrival (up to at least 3, but possibly more).

If the heroine has more than one of the same kind of part, e.g., tails from 2 different monsters, the higher quality part will be sent to the lab, and the lesser duplicate will remain in the inventory to be sold as loot. Their price depends on the type of the part but not its level. Fortunately, boss parts cannot be sold to a roadside trader, ensuring that your heroine will not sell them before arriving at a town. However, when losing a fight to a Loaded monster, the heroine might bribe it with a boss part.

Once a part is in the lab, the Goddess or God can discard it to make room for a new part, using 50% godpower. Since any parts not sent to the lab on arrival will be sold, it is important to clear room in the lab for a part before the heroine reaches town if you want to keep it. With the July 8th 2020 update,[2] champions will check the lab more often, in particular after teleporting to town or praying.[3]

Once a heroine gathers a full set of parts, the lab will display the potential assembled boss-monster’s name and power level, along with a countdown to the day the boss will “auto-assemble,” or awaken on its own. The god can also choose to awaken that boss-monster early using 50% godpower.

If the boss-monster is awoken it is possible to start collecting a new set of parts for a new boss. To awake this new boss, 200 additional pairs need to be collected, rather than 100. Boss-monsters awakened after the first will replace the currently owned boss-monster, so that a heroine may have only one.

After awakening the boss, he can do several things for the heroine. In addition to what the boss can do, once the boss has been awoken the heroine will also start right away on writing the Book of Creation.

Awakening the lab boss unlocks a new adventure exclusively for lab bosses, no heroines or heroes allowed: datamining. This adventure allows the lab boss to collect glyphs for the Book of Creation, along with Bosscoins that can be sold for large sums of gold. After mining ends, the boss needs to rest for 6 hours.

The lab boss can be summoned as an ally during a boss fight (prefixed and suffixed with +, e.g., +Shamaniac+). After that, there is an 18-hours cooldown before it can be summoned again (calculated from the moment of summoning). If the boss gets defeated during the fight, the cooldown doubles to 36 hours (from the moment it fell down). While the lab boss is resting after a fight, it cannot be sent to a Datamine.

The power of the assembled boss-monster and the heroine’s health determine the lab boss’s health when summoned during a boss fight, as can be seen below:

The table shows how this formula applies to a heroine of 500 or 600 hp with various boss power levels.

Lab bosses owned by hero-traders help out around the shop whenever they can (i.e., when they are not on cooldown at the moment the heroine enters her shop), providing bonus trader xp:

The name given to awakened bosses is related to the names of the lowest-level parts used to build the boss, following these rules:[4] 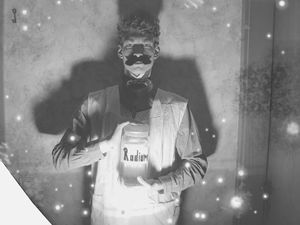 Parts from dungeon bosses have a level equal to the number of abilities that boss had, so a part from a dungeon boss with 2 abilities will be level 2. Level 3 parts are almost always obtained from dungeon boss-monsters with 3 abilities, who guard dungeon treasuries (unless in a Dungeon of Migration), although at least one rare instance exists of a heroine having fished a level 3 part out of a pond.

Having multiple parts from the same boss-monster will also increase the lab boss’s power.