HALT! Any changes to this page should not be done directly from now on and should be discussed in the guild council of Kraken 5.

On this page will you find information about this beautiful guild Kraken 5 and this average game Godville.

Kraken 5 is an up and coming guild, not competing against other guilds, but simply happily harbouring gods and their heroes. Voting for guild master should begin soon, so be prepared for a shift in directive and lots of changes.

Being an up and coming guild, this guild accepts all heroes of any level or personality. Hopefully you will be interested enough to have your hero join Kraken 5 after reading these little worms of text, so to make the Hero join send the god voice:

When the time is right and your hero will listen (and hopefully follow) to your words, especially when he is not in town or not fighting a monster. Your hero may become influenced to join other guilds as a quest, usually every 28 days. If you want to stay in this lovely guild simply send the voice "Cancel quest" before he/she ends the quest, while your hero is in 'Saint Mode' and will listen to you.

WARNING Rules Liable to Change this VERY second AHEAD:

"I RANDOMLY" has no idea about this guild's origins sorry if I bored ya to death in the last to snakes of text and then continued to bore you to death. Actually read the following fields of writing below.

A large shape changing creature found under and above the oceans with an unknown origin. It's fish form, thought to be a whale, is called 鲲 (KUN this is of fish <。)#)))≦ ) and it's bird form, similar to Roc a gigantic eagle, is called 鹏 (PENG this is of bird --\(˙<>˙)/-- ). In the beginning, the land was simply heroes, pets, gods and monsters. 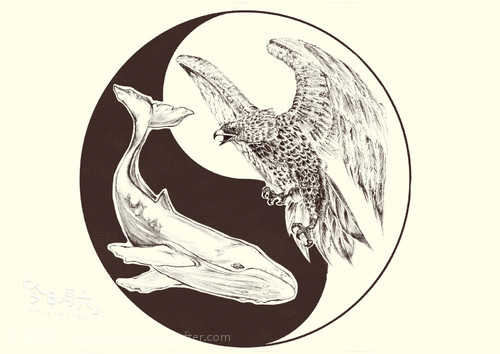 The world of godville was still finding out it's own limits. Who knew what powers each god and hero had? FIVE gods had thought the land as mundane and boring, so with their powers they plopped a large whale into the ocean, leaving it's powers not yet known, even to them. This whale came to be known as 鲲KUN of the 5 gods, or KRAKEN of the 5 gods and it was largest animal in the whole world. It would swim freely in all of the ocean, not killing anyone or using it's powers, until it began killing many monsters because it felt sorry for a hero constantly being attacked by them. KUN would flush out huge waves from the ocean onto the land, crushing thousands of monsters. During this time all of the heroes were happy.

KUN saw that it's actions were not ethically right in the thoughts of everything living, realising that the although the heroes were all happy, the monsters were having a very hard time. KUN then decided to switch is sides, dishing out pulses of water to crush heroes on land instead. In this, all of the monsters praised it for it's wonderful doings, in the thought of the monsters. However, in the thought of heroes, this was extremely injustice, so in this, the heroes who were resurrected by their gods after being killed by 鲲 decided to kill the powerful fish on boats. All gods were totally unaware of this because they were all having a hard time with work and school and could not even check on the land. Thousands upon thousands of boats of angry heroes rushed upon the vast ocean, taking each area where KUN could not hide kilometre by kilometre. The monsters, having no one to battle against decided to go against KUN, after some rumours that KUN continued to kill monsters. Soon enough the whole ocean was covered by boats of monsters and heroes, searching the sea for a giant whale! For months the boats floated on the ocean and the Leviathan like creature stayed low on the ground, it was feeling very lonely underneath. When KUN could not stand the depths of the sea, it, in a great mental outburst, plunged from the ocean out into the air, crushing boats with it's body. It roared in pain as monsters and heroes attacked the whale with all their might,

Then the great fish's skin was pierced with feathers, coming from inside the whale, until it began to look like an eagle, except it was as large as a whale.

With this, KUN flew into the sky, out of reach and sight of the monsters and heroes. All heroes and monsters were shocked at this sudden change, but after returned to land and continued to live, not fighting with each other for a moment.During this time, the heroes called it 鹏PENG. So the land was back to normal again, heroes and monsters forever fighting each other, until the gods in the sky began to notice PENG casually flying in the sky. The gods, with their huge egos hated the beast for it's strange and unknown powers, so they sought out to kill the bird. All heroes heard of these rumours from prophets of the gods, it was everywhere, in the godville newspaper, in voices to heroes and even guilds purely sought to kill or save the bird/whale were made. Soon enough, a plan was made to lure the bird into a tight spot in the sky and vanish it from the world. This was the event that divided godville, with heroes, monsters and gods wanting the KUNPENG to either be killed or saved. Nothing could stop the plan from happening, everyone's powers were still being discovered, nothing could be controlled! KUNPENG was stuck into the spot, by all heroes attacking the animal from land, with insight by their gods. The creature, knowing of the rumours and plans circling the world, did not even try to escape and with a flash of light by unknown gods, KUNPENG's existence ended.

This Kraken 5 guild is a remainder of the guilds which were created against or for the killing of KUNPENG or kraken of the five gods, but the side of the guild is unknown and so instead is a reminder of the short event in all of godville's history.

Members to be noted of

These are the guild leaders that have been elected in this guild, as of 04/11/2017. Only members who are of Kraken 5 and have the rank of cardinal or higher can vote to choose the guild leader

Dates are in American (m/d/y)

Members from the beginning

These are the members who helped Kraken 5 from the beginning

Members (or not) who have given tips

These are members who have changed the guild memorably

Members who own a temple

Members who own an Ark

All of our members can be seen at the guild page: ⚜️ Kraken 5

Members who tend to this page

That's the end, there is nothing here as of now.