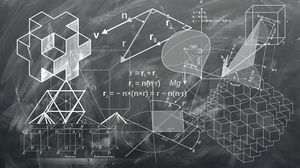 IQ points, or Idea Quality Points, are a reward system for Goddesses and Gods who contribute to the ideabox, alongside the Pantheon of Gratitude.

Various Ideabox features and privileges are available upon reaching a certain number of IQ points.

>= 70 points: full access to the Enhancement Room (submit new corrections and vote for existing ones)

<= -4 points: submission limit is set to one idea per day

+7 points to the author if their content idea (or its variant) gets approved and included into the game. This includes approved quest endings.

+1 point when a grammar correction is accepted

+1 point may be received when a submission in the "other", "to fix a bug", or "Awesome Idea" Ideabox section is accepted

-7 points to the idea’s author if the idea was reported as offensive/inappropriate and this report was approved as a valid one (on the other hand, false reports may lead to a decrease of the IQ points for the reporter)

-5x points (x varies depending on the extremity of a case) to the offender, if the Ideabox or ER are used for reasons not directly related to improving content submissions (e.g. chat, flood, guild wars, etc). Unlike gratitude points, IQ points can and will be subtracted without prior notice if one tries to somehow game the system (e.g. by upvoting ideas based on their authors and not their content).