We are the Honnōji Academy guild. Born and raised in the dark. We feel the true darkness and love to duel.

The Origins of our name

Honnōji is most famous for the Honnōji Incident. Oda Nobunaga lodged there before his invasion of the west. However on the morning of June 21, 1582, the traitorous forces of Akechi Mitsuhide surrounded the temple and set it on fire. Knowing there was no way out for him, Nobunaga committed seppuku (is a form of Japanese ritual suicide by disembowelment. Seppuku was originally reserved only for samurai. Part of the samurai bushido honour code, seppuku was either used voluntarily by samurai to die with honour rather than fall into the hands of their enemies) along with his attendant Mori Ranmaru. Ranmaru's brothers also perished at Honnōji. 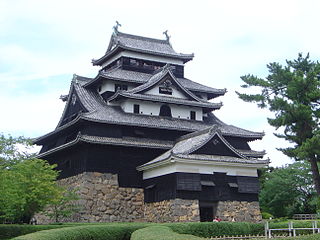 Do you want to join Honnōji Academy? That's easy. If you wanna be one of us, send the following command to your hero: Join the "Honnōji Academy" guild (quotes includes)

Remember, your hero is most likely to listen when idle and not in a town. If he doesn't listen, keep trying until you get a response. It can take several tries, but don't give up!. Do not stop your hero's current quest before sending the command to join.

As a true darkness guild, we seek the power of victory, the fearless of heroes, and their lives, as every item and money any other hero may possess. So, let's show and prove our dark aggressiveness ranking up our Pantheon of Duelers (individual) and Pantheon of Duelery (Guild).

Let them know the true personality of Honnōji Academy.

By using the Guild Council Chat let us know when your hero is entering the arena, that way we will try to avoid figthing each other. If even so, is inevitable and you have to fight against a Honnōji Academy member, we recommend that the matched guildmates try to communicate via Guild Council (or private message, if friends in GodVille) to discuss terms of the fight. If neither players responds, or if there is a disagreement, then... let the fight begin. No one is expected to throw a fight against a guild member, but always give your best.!!!

** Since the last update in the Arena system, is not 100% accurate for this to happen, but we better not take the risk.**

For those new members who have chosen to follow the dark path, this Arena Guide may help you out. Remember, you can send your hero to the Arena, every 4 hours.

** If your name is missing in any table, please contact the Leader or Co-Leader **