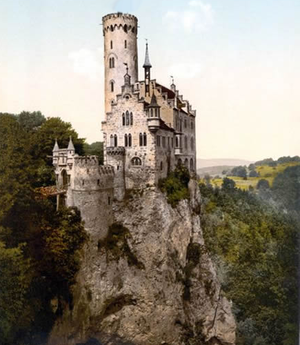 Within the heirarchy of Highlander, there is an understanding that official rankings do not matter. What deeds have brought them together, also place them within Highlander's memories. These are the members who have been active within the counsel, or who have provided some other services to the Guild.

Born in Tradesburg to a family of wealthy merchants, Adelyne is no stranger when it comes to trading, and discovering secrets. Under the care of the Goddess

Aleyea  , she is now Highlander's information broker, and more.

MASTER OF THE DEEP

This minion began his journey from San Satanos. Leader of Highlander after

Aracna  . He continues to navigate the enigmatically nebulous ambiguities of his God

At a young age Sterling became separated from his family while on vacation in Lostway. He survived the cruelty of life with the help of his Goddess

Lady GreyDana  . With his trusty hyper lynx, Baloo, by his side he is on an endless quest to defend the weak and support all the taverns throughout the land.

Recovering after completing the epic quest to become one with the universe, our founder had a drunken epiphany that would end in, what witnesses describe, as the reverie of an aging hero. In truth, however, alcohol played only a small part in his final, delirious acts -- the many years he spent as a young man, honing his skills in the oxygen-thin mountains near Tradesburg had finally caught up with him.

Later inquiries into his life revealed that he suffered heavily from the belief that life in Godville was nothing more than a game. As such, he was haunted by feverish thoughts of sobriety and questing for golden bricks. His dreams eventually became so lucid that he was unable to tell the difference between reality and dream; his fragile mind had broke under the weight of knowing that he had been abandoned. His mental health did not improve as he saw the many heroes and heroines going to and from temples, laughing about their latest death.

A Guild is born

As his mind continued to spiral in its madness, he found serenity in the many taverns across Godville, where he noticed -- with disdain -- the growing number of these immortals. His attempts at openly trying to give them a permanent death had garnerned unwanted attention from the supreme beings of Godville, however, forcing him to disguise his intentions in some other manner. After being mauled by a wandering Sun Dog, the aging hero decided to give up trying to crash reality and establish a front for his hunt. Upon returning to Godville, he inquired on what it would take to establish a guild of his own. So, on that fateful day, some time ago in a past autumn, the quest to establish the Highlander guild began.

It is unknown exactly when our founder met his grisly fate, but the scholars of Highlander assume it was shortly after the guild's first member joined in 631 G.E. Many years had passed since then and the guild's original purpose have faded into obscurity.
Today, members of Highlander no longer struggle with their presumed immortality, and rather embrace it. Believing that being forgotten is a fate worse than death, their footprints echo through eternity. Guild members not questing or engaging in duels at the Arena can be found either training on the Jagged Peaks of Tradesburg, or within the town itself.

Highlander is an older guild, one of many that time seemed to have forgotten. However, when dusty pamphlets written by the first members were discovered, its existence became known again. Despite the original intention for its establishment, Highlander is actually quite bright and has become more popular than it ever was. To help out, our publicity officials have offered some tidbits of advice:

Want to join Highlander? Well, we want you, too! Even new guild members can participate in the activities of the guild forum.

Now, if the hero(ine) meets all of the criteria above, send this voice command to your hero(ine): Join "Highlander" guild. It may still take several attempts before your champion will acknowledge you. Once the hero(ine) begins their quest to become the newest member of Highlander, introduce yourself in the forum.

Those who have proven themselves, either through conduct within the counsel, contributions to the guild... or merely active members of the community that continue to keep Highlander alive. If a member of Highlander sees their name on this list, they may contact

The Dark 0ne   either in the counsel chat, our forum, or through messaging to add further details.

His Royal God
No Man, of his lord

Fendall
Petoria, of her lady

When our founder met his tragic end, his beloved pet was left behind. Rather than wander back into the wild, Olwyn made her way back to Jagged Peaks and to the mansion her master once called home. Now, this majestic double dragon can be seen flying the champions of Highlander to the Arena, chewing on random artifacts left behind from the last counsel meeting, or chasing some hapless hero(ine) away from the guild halls.

Note: If members of Highlander wish to add other NPCs to our mansion space, let me know.

(庙)(畜)(舟)
It is unknown whether this wandering soul still is on Godville or not. Only time will tell.

Gathering golden bricks can be an extremely time-consuming process. Even by completing quests, you're not always guaranteed to receive one; some quests are scams and others give other rewards, such as just gold and equipment.
Fear not, young godlings! Highlander has put together its best sages and is willing to share its secrets with you.

Ah, the Arena of Godville. Were our champions are pitted against one another to see who is the strongest (and whose God has more charges.) Godville now has a few artifacts that can transport our hero(ine)s to the collisuem without expending any godpower, so if you have one... use one! (Wait until you're low on health, though. Sending your hero(ine) to the Arena automatically restores all health.)