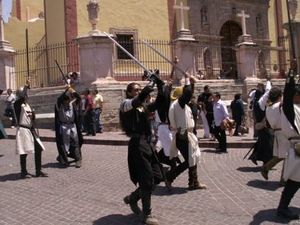 Herowin is a town, established in 1048 g.e. Its towers are still fresh and bright, and its streets still proud and awash with wealthy heroes. A band of heroes, disgruntled with the sprawl and congestion of Beerburgh, took themselves and their new found wealth across the Mainstream river to carve out a new town.

Travelers looking for Herowin are advised to go southwest from Beerburgh and cross the Mainstream. Here you will find this sprawling town. See the Map of Godville 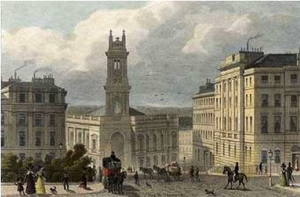 Tourists to the city may also note the astounding array of aromas at the Mainstream Fish Market, which has not been cleaned since its inception. Every fish ever hooked, speared, or seduced ashore can be found here, even the famed Shrieking Eel of the Cliffs of Insanity, although without any chefs your tongue would be better served licking the insides of your shoe. Who would visit this dreadful, tasteless grilled snot of a humbuggers shack anyhow? 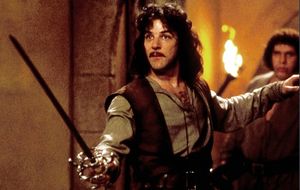 !Hero's Diary↻
04:06 PM Passed a sign which read: “Visit Herowin! You may not get a date, but other miracles do happen there.”