From GodWiki
(Redirected from Godville (town))
Jump to: navigation, search
This page is about the capital city. For other uses, see Godville (disambiguation). 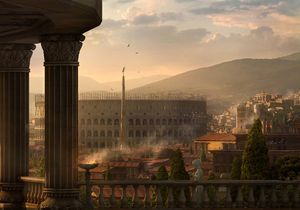 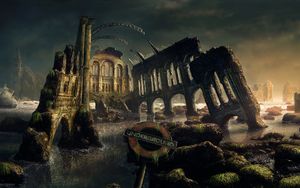 Godville is considered to be the womb of Humankind where, according to legend, the first life was molded from the earth and given the breath of life by the heavens (there is an ongoing debate among gods regarding the wisdom of this action). Whether this is true or not, the citadel has been the stronghold for the Human race for centuries. Despite constant assaults from various other races, Godville has managed to resist all attempts at invasion and prospers despite its long history of conflict.

Godville is located at milestone 0 (The origin). This is where all heroines start their quests and where they return to after finishing them. Godville is the home of all heroes and therefore where all of them choose to build their temples. Also located here is the infamous arena, where heroes battle for fame, glory and golden bricks.

During the turn of the century, Godville established the first ever Heroic University, where young men and women made the transition from sword-fodder to sword-wielder. Ever since, the capital has boasted the greatest stable of heroes and heroines in the realms. In fact, it is rumored that the city has more heroines than sheep - a fact that greatly worries the sheep. It is also rumored that an experience treadmill has been developed which constantly populates the area around the city, providing heroes with an unlimited and renewable source of monsters to slaughter. 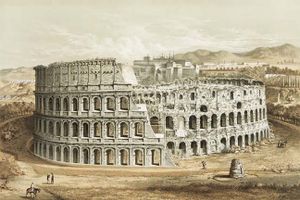 In addition, the capital also contains the world-renowned Godville Arena, a sprawling coliseum where heroines from throughout the realms can engage in a friendly test of strength, guile and cunning. Armed with their faith in their personal deities, these warriors spar to the delight of the crowd. Enough safeguards have been installed into the arena to prevent any fatal wounds from being inflicted, but overzealous fans have been known to have died as a result of a tragic fall from the bleachers. The best heroes can prove their bravery and strength by battling here.