From GodWiki
(Redirected from Diary)
Jump to navigation Jump to search 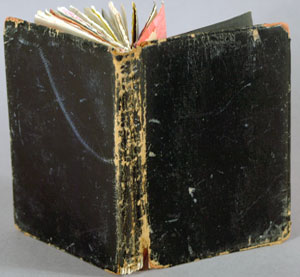 Example of a heroine's diary

A Heroine or hero's Diary is a window to the highly confusing world of Godville, all from a heroine's point of view, with which their goddess can gaze with fascination (or more confusion, being that they're as unreliable narrators as they are heroes themselves.)

Being it so crucial that it separates the heroes from the Feral Heroes, it occupies the center of the heroine page of the game, as such serves as the main monitoring system for the use of checking up on a heroine and seeing what she has been doing. 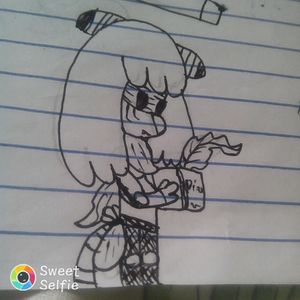 A heroine writing in her diary.

It is a widely known fact throughout Godville that heroes have approximately the same intelligence as a rubber hammer and the memory capacity to half of a Golden Fish. However, most heroes also more than make up for this fact by being more curious than cats - writing all mysteriously and such. This natural, avid curiosity seems to fuel the need to endlessly document every aspect of their adventure - every few minutes - non-stop.

These tales of deaths and rebirths, misery and happiness, requires a book - a journal. This book will then have to be carried around everywhere and available at a moment’s notice. This is how the book known as the diary came to exist.

It's worth noting that all diary entries are timestamped so a goddess can keep in chronological touch with their heroine.

Understandably, heroes aren't very keen on the idea (or very keen at all in the first place) about their gods looking over their shoulder after every diary entry written, so they seem oblivious to the fact that divine eyes can penetrate tinfoil and - in fact - can read whatever is written.

Methods of writing in a diary are often kept to quills or of a selection of pens for colors.

Details on the diary entries of heroes are sometimes featured in the 'ads' section of the Godville Times newspaper, where some heroes place information about their desire to reclaim their previously lost diaries. This is despite the fact that each heroine decides on their own when to start a new one. Other times, guild doctors disdainfully read their guildmates' diaries and appoint heroes to psychiatric evaluation, which simply shows how worthwhile and problematic the heroes are.

On the outside, the color of the cover varies, but since heroes tend to have a limited amount of taste or preference in fashion, this results in the heroine seeing their diary cover as being either black or white, depending on the personality and definitely not her metaphorical point of view, consisting of black and white.

Just because their fashion sense also varies, the cover can often be adorned with various artifacts, trinkets, stickers, glitter, and doodles which can include anything such as monsters, pets, dungeons, temples, arks, diagrams, graphs, pie charts, maps, skulls, hearts, a vast array of stars, diamonds, horseshoes, rainbows, or most often, spattered with blood, sweat, and beer.

Once in a great while it might be completely blank, in some cases of abandoned heroes.

Inside, diaries tend to have lots of pages in them for the heroes to record their adventures upon. Some heroes place inside the pages all sorts of bookmarks (except when their goddess does that,) such as feathers, rubbings of leaves, small artifacts, or pieces of fur and other bits remaining from their kills.

It is known that diaries can be forged by those with knowledge of Verdana - which is known by 100% of all heroes. It also cannot be written in any other font or willingly change the boldness or skewing letters, except in special occasions for when something great (or terrible) happened.

The aura of confusion can temporarily alter the heroine's writing style in the diary, making it more of a mess than it already would be or was.

Despite the looks of a diary being possibly thick and wealthy of juicy info, the actual number of entries in the diary that a goddess can view at any one time, is invariably ten (10).

There are many reasons for this limitation: Ranging from emergency food and lavatory rations, to various forms of damage a poor diary can sustain, along with their heroine in the process.

As further as time goes on with more and more entries, older ones will be removed to make space for the new ones, so on average it's only possible to see as far back as 10-15 minutes back on a heroine's life.

Thinking about everything your heroine does while carrying their diary around, having a total of 10 entries available for them to reflect on seems infinitesimally small. Despite possible breakthroughs in diary technology, if your heroine ever stumbles across an option to have more than 10 entries, she will refuse it anyway:

And maybe for a good reason: Some say that even a deity doesn't need to see more than that, as it would take many hours to read just a day worth of constant writing - much of which are just recycled entries and are not that interesting or funny (after a while) anyway.

However, the exception to this is if it's a result of their own years-long achievement - a heroine who has completed his goddess's Book of Creation will, by virtue of mastering their wordcraft, gain the ability to put twice as much more writing on the same number of pages, thus allowing their diary to expand to twenty (20) entries logged at any one time.[1] 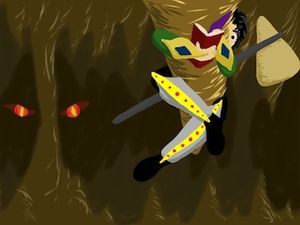 A hero appearing to have a rough time updating his diary.

Pages tend to age quickly from constant exposure to fighting monsters, nevermind the fact writing and smiting during fights, which is common practice among heroes, like when attempting to unscrew a monster's head off and other forms of killing - all while writing simultaneously.

Additionally, the heat of battle, humidity, oils and solvents leave many tiny curls, folds and tears (both the moisture and the ripping off kinds,) as well as pages being loose or even crumpled, yellowing with age, smears of dirt and spatters from bloodstains, beer spills, and the tears of your enemies and your heroine alike.

So pages and entire diaries can more often than not be damaged or bloodied during fights, requiring every page to be 100% intact in order to be at least legible, otherwise...

Occasionally, a failsafe method to ensure a heroine will never be left diary-less and without involuntary contact from her goddess, is by getting or buying a brand new one.

The heroine will take one look at their diary and realize that the blood stains, torn pages and ruined spine of the poor book no longer give its owner much credit. The heroine therefore chucks out the old one and plops a replacement, either bought a while ago or just then at a trader's.

This causes a "reset" to occur by erasing all entries and start over with just one entry - either the factory default one, or a summary of what happened with the old diary, such as eaten by her pet, fleeing from a monster in a panic, eating a mushroom or simply running out of space.[2]

Other mediums of writing

Besides transcribing from potential other diaries heroes left at camps, or on a piece of bark while the actual diary is in danger of digestion in the monster's guts, it functionally acts as though it's another entry and doesn't affect others (besides deleting the oldest one off.)

Luckily though, the Third Eye helpfully extracts and stores the most important diary entries for safe keeping, mostly depending on how complete the golden temple is in construction and what types of entries are selected by the goddess.

Such important entries of the heroine's progress include the purchase of new equipment, the slaughtering of a troublesome boss-monster, or saving deposits for retirement outside of binge-drinking at the tavern.

There's also the Chronicles, which kinda acts like a scratchpad that can be modified by their deity as many times as they'd like. Careful attention by aspiring deities to not insert anything that would be considered inappropriate by Godville standards, as it's public for viewing by other deities, unlike the diary or third eye.

While the Third Eye is bound by a limit of 5-20 entries spanning over a day, and the Chronicles has a set limit on the amount of characters on it, it's important to note however that resetting the diary never affects the Third Eye or their Chronicles.

Heroes like to keep a dream journal completely separate from their usual diary while they're sleeping, which not even their deity can see.

Besides the ink being mostly just black (or white for those preferring to use the nightly theme,) heroes like to own a collection of colored pens with which to write different types of diary entries.

And aside from color, some irregular typography can be observed:

!Hero's Diary↻
This is the default color style for when the heroine has done something with no input from their goddess whatsoever - except for replies following voice commands.

Used to show the influence of a rival heroine's goddess in the middle of certain adventures. Boss-monsters' polar reactions to divine influence is also styled like this.

Depending on the medium viewed, on the web browser it will be indistinguishable from regular entries apart from having buttons to vote on whether another goddess's voice was interesting or not (or even report it for inappropriateness.

However on the mobile client it will be colored gray and must be tapped and held down to get its options.

When a goddess performs an action from the remote control, such as an encourage or a punishment, activating (either by the deity or by themselves through an aura of curiosity) or by sending a voice, the heroine in question writes in blue.

Clickable links in a diary entry will be colored and also underlined.

Normally wouldn't show under a diary when out in the field and outside of an adventure, but in one, any divine action performed by a goddess that isn't the heroine's own (that rival the heroine in some way shape or form) will be written in red.

Boss-monsters who can tap into the potential of divine influences (such as Leeching HP by an encourage) will denote by red as well.

Rare but very visible accomplishments made by their champion will bold the entire entry, like completing a temple, constructing an ark for the first time, experiencing a level up for a hero or pet, or death/K.O. of a hero/pet, respectively.

!Hero's Diary↻
11:30 Reached level 94. Now I am officially allowed to do the things I've been doing all along. Heck yeah!

Introduced in June 2021 to make it easier for their gods to see if their heroine are obeying (or the lack thereof) to their voice.[3] A curved arrow (➥) will be added from successfully hearing the voice of her goddess - but doesn't guarantee that they will follow up performing what is told:

Introduced in August 2021. When a heroine has a thought or comes across an opportunity, it would look similar to a shout out, but ends with an (@) to send the sign. Only appears for a few minutes and will be removed by themselves even before becoming the 10th entry.[4]