As we all know by now, a hero can only build a Temple with the most resplendent of Golden Bricks. Perfect or nothing. Hence the building site around a hero's temple is often strewn with discarded, chipped gold bricks.

These ugly, warty, miscast bricks are thrown to one side for recycling or for some other meager use. 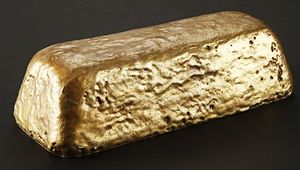 It has often been said that the streets of Godville are paved with gold, and it is quite true.

Such is the the fate of some of these inferior gold bricks as the very sight of them is offensive enough to a god that they often are used to pave the alleys. 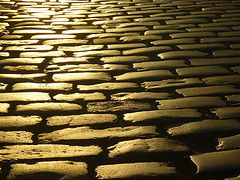 No hero has ever realised they could smelt and recast these chipped golden bricks, the first hero to find this out will probaly be placed in the top 10 of least dim witted heroes!!