The Battle chess combat skill is prized not only for its sheer complexity and mind-boggling effectiveness, but also for its high power drain on the target's sanity.

The opponent's sanity slowly drains because of how much time it takes for the hero to make a move. Eventually, they will either get so frustrated that they will snap and furiously attack the hero, or just give up. This is the most dangerous stage of the skill and must be used carefully and with the proper equipment.

Now that this combat skill has been mastered, you will find that your Hero can: 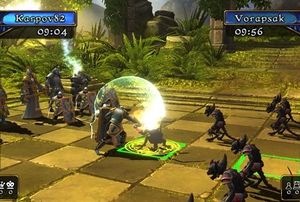